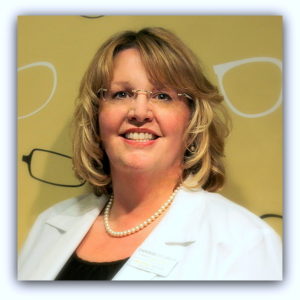 Dr. Nations has been in private family practice since 1993 with office locations in Canton and Dawsonville. Dr. Nations established Cherokee Eye Group in 1993 in Canton, the former practice of Dr. J.R. Raines and established Dawson Eye Group in 1998.  She is an active member of the American Optometric Association, Georgia Optometric Association and the Ninth District Optometric Society. She has served as the President, Vice President, Treasurer, Secretary and Chairman of the Board of Trustees for the Georgia Optometric Association. She has also served as the Membership Chair, Elections Chair and HEHP representative for the State Association. She received the GOA “Optometrist of the Year” in June 2008.

“Wonderful experience. Everyone was very friendly and most helpful.”

You can schedule your next eye exam with us online!

Leave Us a Review

Please take a moment and let us know how your experience was.